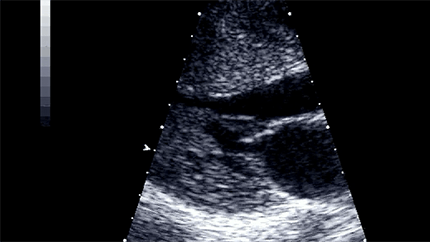 This tutorial will review the hemodynamic, angiographic, and clinical features of hypertrophic cardiomyopathy and related conditions. Hypertrophic cardiomyopathy is a heterogeneous group of disorders that are characterized by hypertrophy in the absence of physiologic compensation. This condition is an important cause of morbidity and mortality, including sudden death in young people and in athletes. Hypertrophic cardiomyopathy may be obstructive, and associated with significant hemodynamic abnormalities, it may be non-obstructive, or may occur in other patterns such as the apical variant. These patients are often evaluated in the cardiac catheterization laboratory to determine the baseline hemodynamic profile and/or the extent of obstruction. In some patients, treatment with alcohol septal ablation may be appropriate after careful assessment of coronary anatomy, including analysis of the perfusion patterns from the septal perforators of the left anterior descending coronary artery.